Wee Theng was one of the first foreigners in China to be granted permanent resident status in 2004.

After retiring from Intel in 2008, he started his own Business Advisory company, Tan & Associates Limited operating from both Hong Kong and Beijing. Among his clients are Fortune 500 companies based in China and other locations in Asia and pacific. Wee Theng is a corporate advisor for International investment organizations and an Advisory Board member for these companies based in the Asia Pacific.

Among his significant accomplishments in China, Tan was instrumental in influencing corporate investments in China of the Test and Assembly plant in Chengdu, and a fabrication plant in Dalian.  These investments were worth more than US$ 3 Billion.

Wee Theng is the Organizing Chairman for the Annual China/Spore Executive Forum, that SingCham & Caxin.com co-hosts, since 2015.

Wee Theng is the founding partner of TZCore Ltd; an Investment Integration Company that focuses on Strategic Investments in Asia.

Jackson brings 25 years of successful track record of incubating and financing new ventures. After founding an Internet Service Provider and building up a financial platform for Canadian-listed mining companies, Jackson partnered with the Vancouver Stock Exchange to organize the first International Mining Exhibition in China in 1996 resulting in over 100 international mining companies participating.

Jackson's foresight in the potential of the biotech industry established him as a pioneer in the 1990s - founded the Dragon Pharmaceutics and listed it on Nasdaq in 1998, and spearheaded the company's international financing and acquisition of a manufacturing plant in China when biotech was still a restricted industry.

Jackson then partnered with the Chairman of the GEM Board of the Hong Kong Stock Exchange to form a financial platform for early-stage life science ventures in China, Hong Kong, Canada and the USA.

His keen insights into the potential of ASEAN and China's One Belt One Road policy has brought him to a new frontier of hi-tech agriculture industries in the region.

Currently, he holds a Canada Research Chair-Tier 1 in Biomedical Engineering. He is the first recipient of the Premier’s (Ontario) Discovery Award for Innovation and Leadership (2007), the Hellmuth Prize for Achievement in Research at the UWO (2008) and the Canadian Organization of Medical Physicists (COMP) Gold Medal Award (2010). In 2011 he was inducted into the Canadian Academy of Health Sciences.
Dr Fenster’s research has resulted in more than 300 papers in peer reviewed journals, more than 40 patents filed and the formation of four companies in London based on research in his laboratory. In addition, some of his patents have been licensed to 13 different companies, which have commercialized them for world-wide distribution.

Professor Keith Harding has had a longstanding interest in wound healing. He was appointed as the first Director of the Wound Healing Research Unit in 1991. From 2011 – 2013 he was Director of TIME Institute (Translation, Innovation, Methodology and Engagement) and Head of Wound Healing Research Unit, School of Medicine, Cardiff University and Clinical Lead for Wound Healing in the Cardiff & Vale NHS Trust. His clinical practice is exclusively focused on treating patients with wound healing problems with a wide range of aetiologies.

He has authored over 350 publications in the field of wound healing. He is the Editor-in-Chief of the International Wound Journal published by Wiley. He was Chair of the International Working Group on Wound Healing in Diabetic Foot Disease, Chair of the Expert Working Group that produced a range of International Consensus Documents from 2004 – 2011. Has obtained funding of over £45 million from a range of academic, commercial and clinical sources since the Wound Healing Research Unit was created in 1991.

He was awarded the CBE in the New Year Honours list in January 2013 for Services to Medicine and Health Care. In 2013 he was awarded £4.2 million to set up the Welsh Wound Innovation Centre (WWIC) Initiative part of which has enabled the setting up of the first Wound Healing Centre in the World. The centre is designed to coordinate academic activity, both in terms of teaching and research, in addition to providing a coordinated approach to the care of patients with wounds. 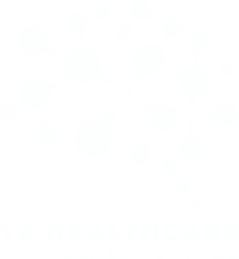